The Need for NIPA

The Planning Act 2008 introduced a new authorisation regime that was radically different from the then existing regimes, creating for the first time a unified consent regime for projects across different sectors.

Since the regime was established it has undergone legislative change on two occasions. NIPA has been actively involved in this process and we are continuing to provide expert insight to government and stakeholders about how the regime is evolving, particularly in the context of the 2014 Review.

Since the regime was established it has undergone legislative change on a number of occasions. NIPA has been actively involved in this process and continues to provide expert insight to government and stakeholders about how the regime is working.

The principle of the regime is supported by all three main political parties and is therefore likely to be in place for the foreseeable future. This is against a background of ongoing government support for new infrastructure to assist the UK economy’s continued growth and to meet the needs of the future, as evidenced by the establishment of the National Infrastructure Commission. 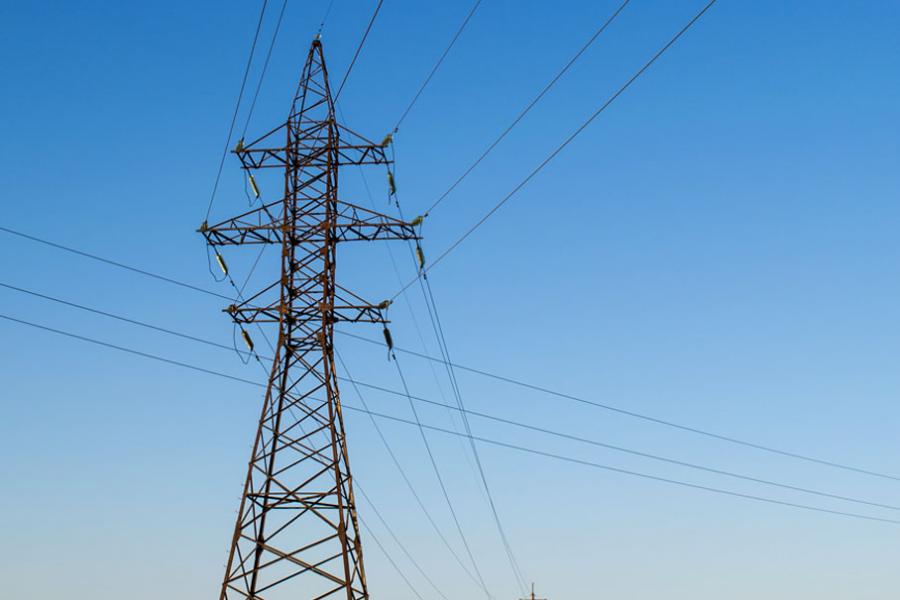 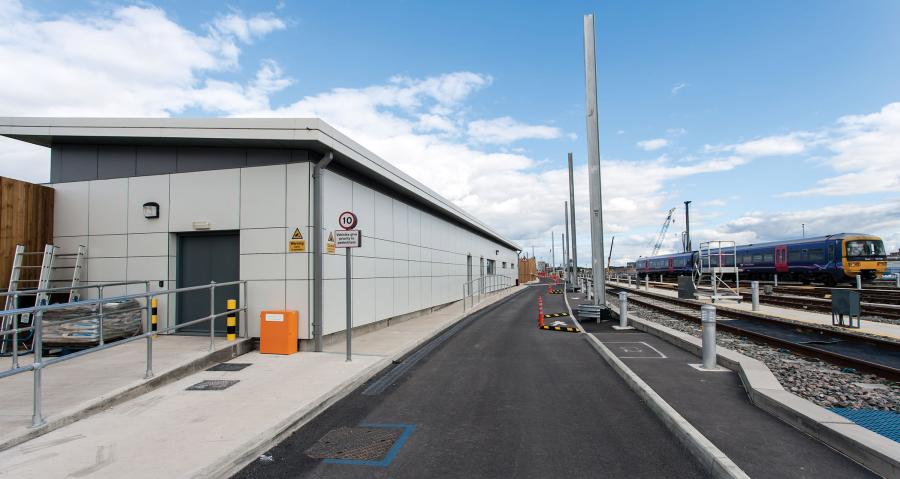 NIPA was created to develop and disseminate learning and best practice for both promoters and those affected by proposed projects.

We provide a forum for those with an interest in the planning and authorisation of national infrastructure projects in the UK, particularly those brought forward within the framework of the Planning Act 2008.

Anna has worked for Highways England (previously Highways Agency) since 2003 in their Major Projects Directorate. She managed delivery of the statutory consultation, DCO application and examination work for the organisation’s first NSIP - the A556 Knutsford to Bowdon Scheme. The successful outcome of DCO consent enabled start of construction in November 2014. She identified the need for and now is team leader of Highways England’s DCO & Statutory Processes Team. The team supports delivery of DfT’s £15 billion Road Investment Strategy, not only by providing close support to individual project teams on their DCO-related work but also by delivering organisation-wide efficiencies such as template documents and guidance. The team supported delivery of 9 DCO applications in the 12 months from July 2018.

Julian is a solicitor and partner with Burges Salmon LLP.

Julian has specialised in infrastructure consenting for over 20 years. He has advised on over 20 DCO schemes since 2009 mostly advising promoters, but also local authorities and affected parties. His experience covers transport, energy and major regeneration and housing schemes. He is regularly involved in complex EIA, Habitats Directive and compulsory acquisition issues, and appears as advocate at DCO hearings. He frequently speaks at industry conferences on infrastructure consenting. He is Chair of the RenewableUK Offshore Consents and Licensing Group.

Sarah is an Environmental Manager within the Wind Power department at Ørsted.

Sarah is an environmental professional with extensive experience in the areas of environmental impact assessment (EIA/ESIA), lender compliance and transboundary impacts/ESPOO. Prior to her current role, she worked as an environmental consultant on large-scale mixed-use regeneration developments across London as well as a wide range of major infrastructure projects. She has experience working within several consenting regimes across various sectors including energy, mining and oil and gas. Notable projects include Hornsea Three offshore wind farm, Nord Stream 2 offshore gas pipeline, Thorpe Marsh gas pipeline and Istanbul New Airport. She is currently an environment and consents specialist within Ørsted (previously Dong Energy), working on their offshore renewables portfolio.

Matt is a chartered town planner with 13 years’ experience in the private sector advising on large-scale regeneration and nationally significant infrastructure projects. He has worked throughout the key stages Olympic and Legacy development project, including the initial Bid stage, associated compulsory acquisition of the site and the work that has led to the planning permissions that will deliver the Olympic Legacy development. Matt has extensive experience in major infrastructure projects, including Hinkley Point C Development Consent Order, Thames Tideway Tunnel, Sizewell C and a range of rail projects on behalf of Transport for London.

Ian Fletcher if a Divisional Director and DCO Lead at Jacobs.

He has been working on DCO’s since Royal Assent of the Planning Act 2008. He was Planning Manager for the Upper Thames Reservoir and from April 2009 was the DCO lead on the Thames Tideway Tunnel. He led on its designation as an NSIP, responding to the draft Waste Water NPS, assembling the application for Development Consent, managing the examination team, defending the consent from judicial reviews and overseeing the implementation of the consent ensuring compliance with the DCO. For Jacobs he is bidding for work on new DCO’s.

James is a Partner in the Planning and Environment Department at Berwin Leighton Paisner LLP.

He has almost 20 years of experience advising on major infrastructure projects including those involving issues associated with compulsory purchase of land, environmental impact assessment and Habitats Directive assessments. He has acted on a wide range of major infrastructure projects in various sectors including road, rail, ports and ferry services, water and waste water and regeneration. He has acted for a range of different clients including central and local government and utility companies, as well as public and private companies. He also advises on a range of conventional planning matters.

Robbie is a planning and infrastructure lawyer at Pinsent Masons.

He has over 25 years' experience of promoting and opposing a wide range of nationally significant and major transport and other infrastructure projects for public and private sector clients, including in the heavy and light rail, urban transit, roads, ports & harbours, water and waterways sectors. He is widely regarded as one of the leading infrastructure planning lawyers in the UK market and was recognised in Planning magazine's 'Planning Power 100' list in 2013.Since 2007 Robbie has been an active participant in the Planning Act regime, both advising clients on it and also governments on the creation, implementation and reform of the regime. He co-edited Butterworths Planning Law: A Practical Guide to National Infrastructure Projects, published in July 2009 and which remained the only textbook on the Planning Act regime for over four years.

Steven Norris is Chairman of Soho Estates. He was a Conservative MP for 14 years and Minister for Transport from 1992 to 1996.

He was his party’s candidate for Mayor of London in 2000 and 2004. He has unrivalled experience of virtually all transport modes and is currently a Board Member of Transport for London and a Member of the Independent Transport Commission. Steve is President of ITS UK, the national telematics forum, a Patron of the Campaign for Better Transport (formerly Transport 2000), a Vice-President of the National Society for Clean Air and Environmental Protection and a former Chairman of the Prince Michael International Road Safety Awards. He founded the National Cycling Strategy Board, now Cycle England. He is a Companion of the Institution of Civil Engineers and a Fellow of the Chartered Institute of Logistics and Transport and of the Institution of Highways and Transportation. Among his professional appointments he has been Director General of the Road Haulage Association, President of the Motorcycle Industry Association, Chairman of First Group’s London Bus Operations, Executive Chairman of Jarvis plc, Chairman of Saferoad BLG the leading contractor on motorway and trunk road safety infrastructure, Non-Executive Director of Speedcheck Services and Senior Independent Director of ITIS Holdings plc, the real time traffic information provider. He is an advisor to Expedia Corp and to Dragados SA.

Angus graduated in mathematics from Cambridge University in 1982.

After a first career in information technology (such as it was at the time) he requalified as a lawyer in 1999 and joined the Westminster law firm Bircham Dyson Bell in 2000. Since 2014 he has headed the team of 23 infrastructure planning specialists there. Having acted for and against various infrastructure projects under various legal regimes, he took a particular interest in the new regime for nationally significant infrastructure projects created by the Planning Act 2008. He started a blog on it in July 2009, a year before the first application was made under the Act. The blog now has around 650 entries and nearly 1000 subscribers. He has actually worked on NSIPs as well, acting for the promoters of six successfully consented projects and for third parties affected by a further four, as well as several major forthcoming applications. As well as having been voted as Chair of NIPA in 2015, the first such election, he is a member of the Planning and Environmental Law Committee of the Law Society and DCLG's Nationally Significant Infrastructure Sounding Board.