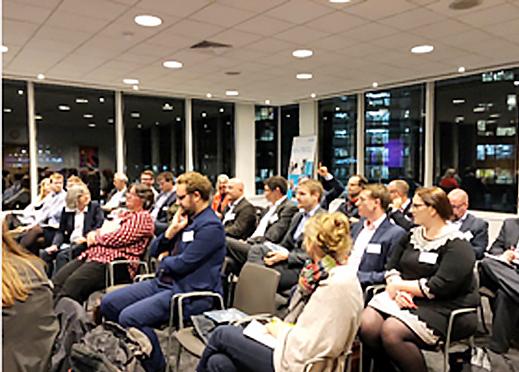 This week NIPA held a very successful Members’ Regional Event in the South West, jointly with the Planning Inspectorate. The event was kindly hosted by Osborne Clarke at their Bristol Offices, a stone’s throw from the Inspectorate’s headquarters. The session was chaired by NIPA’s Board Chair Angus Walker, who gave a short introduction, reflecting on NIPA’s current activities as the Planning Act 2008 reached its 10th birthday and, with his trademark humour, warming up a packed room to hear from the Inspectorate’s EIA and Land Rights Manager David Price; Neil Bromwich, Partner at Osborne Clarke; and Tom Carpen, Infrastructure and Energy Planning Associate at Barton Willmore.

Each speaker provided some thought-provoking insights, including:

David Price - who gave his views on the first year of the Environmental Impact Assessment Regulations 2017. David highlighted some of the early issues the Inspectorate has had to grapple with. These included the language the Inspectorate now uses in scoping opinions, with a more directive line, reflecting the weight now given to Scoping Opinions, and judgement around whether the submitted application is materially the same as the one on which the Scoping Opinion was based. David highlighted the latest evolution of the Inspectorate’s approach to Scoping Reports in response to stakeholder feedback, presenting tables that enable applicants to share easily with their wider teams. He also explored some of the new topics resulting from the Regulations, including the greater involvement of Public Health England in commenting on Human Health, and how a more standardised approach to methodologies for climate change assessments could help all parties. David concluded with innovation in the environmental sectors, including the development of sector-specific evidence plans, technical advancements and in particular, digital transformation, currently a hot topic in the industry.

Neil Bromwich - who outlined his personal reflections of the Planning Act 2008, concluding from a positive perspective that the front-loading of the Nationally Significant Infrastructure Project process, alongside the statutory timescales of the application process, were very helpful in providing certainty and getting projects delivered. In terms of ‘not so helpful aspects’ he suggested that the rigidity of a Development Consent Order (DCOs) could be a challenge; that the NSIP process was not really yet the promised “one-stop shop” due to the myriad of additional permits and consents needed; and that the process was expensive. He concluded by raising the question of what was truly national infrastructure and whether the NSIP process should be expanded to cover other forms of major development, as well as highlighting the range of different planning consents across the UK, including DCOs; Transport and Works Act Orders; Town and Country Planning Act 1990; Hybrid Bills; S36 in Scotland; and Developments of National Significance in Wales, with the Letwin Review looking at a potential further new regime to encourage speedier house building.

Tom Carpen – also shared his personal reflection on the Planning Act, and looked ahead to the next 10 years, suggesting that the need for the Inspectorate to be impartial and transparent has created a tension has been framed, yet led to the need for more conversation between applicants, statutory consultees and interested parties. The significance of a detailed legal framework on top of what Tom considers to be essentially a planning process is another tension in the system, and one where the ability to engage meaningfully up front has helped. Looking forward, Tom suggested that wider definitions of infrastructure, greater involvement of devolved authorities and the need to collaborate could all be influential drivers in bringing together funding, governance and planning to deliver largescale and complex developments up to new settlement scale. Tom finished by highlighting an on-going research project between partners at Copper consulting; Womble Bond Dickinson; and Barton Willmore, looking into the lessons from and future applications for the DCO process.

A panel discussion followed, with Hannah Hickman of Hickman Consulting and Martin McCrink of Copper Consulting joining the speakers to answer questions from the audience, with topics ranging from the robust process NSIP projects went through, generally leading to a very different DCO from that originally submitted; the impact of devolution and the emergence of Combined Authorities within England; and whether after ten years of the Planning Act, some National Policy Statements needed reviewing.

After an interesting and lively discussion, attendees enjoyed well-earned drinks and nibbles courtesy of Osborne Clarke, Barton Willmore and NIPA. 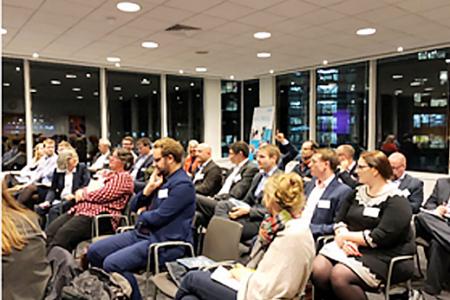